Since the day JB was born, we’ve immersed him in the world of Harry Potter. We started reading him the first book in the hospital nursery; and since then have finished the first two books, Fantastic Beasts #1, and are currently working through Tales of Beedle the Bard.

Apparently that wasn’t enough, though, so last week, JB decided to go for the lightning bolt scar on his forehead, as well.

He was dancing and wiggling around on his changing table while I was getting him ready for bed. And he wiggled right off the changing pad and onto the rug below, cutting his head on the way down.

As the emergency room staff was giving him stitches (sure enough – in a lightning bolt pattern on his forehead), it took all my strength not to shout something like “Be careful – I made him! He’s fragile!”

But he’s not. He’s resilient, and fearless, and conniving, and clever and a million other things. He’s a person all his own: A person who communicates a bit differently, and moves in his own way.

There are several things he can’t currently do. But there are so many more things that he does with ease, and that others may not be able to do. He can smile, laugh, pet his dog, kick, dance, communicate, see, hear, snuggle and more.

I was never an adventurous kid. I was super cautious and afraid of everything – monkey bars, water slides, thunderstorms (still hate these), etc. JB doesn’t have that caution or fear, though, and while that can obviously be dangerous, it’s a bit nice, too. Nothing is holding him back, not other people’s opinions, not his physical or medical limitations, and, as of last week, not his changing table anymore.

Get ready for many more adventures from The Boy Who Wiggled. I have a feeling he’s going to give J.K. Rowling’s books a run for their money.

Photo by Rae Tian on Unsplash.

Thanks for the title suggestion, Jen!

Thanks. It’s from Zulily.

Hi, I'm Megan, and I'm attempting to stay positive (and real) about parenting, disability, inclusion and more. I hope to do this with a well-caffeinated mix of honesty, humor and pop culture references. 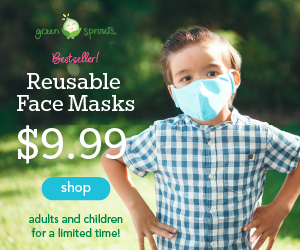